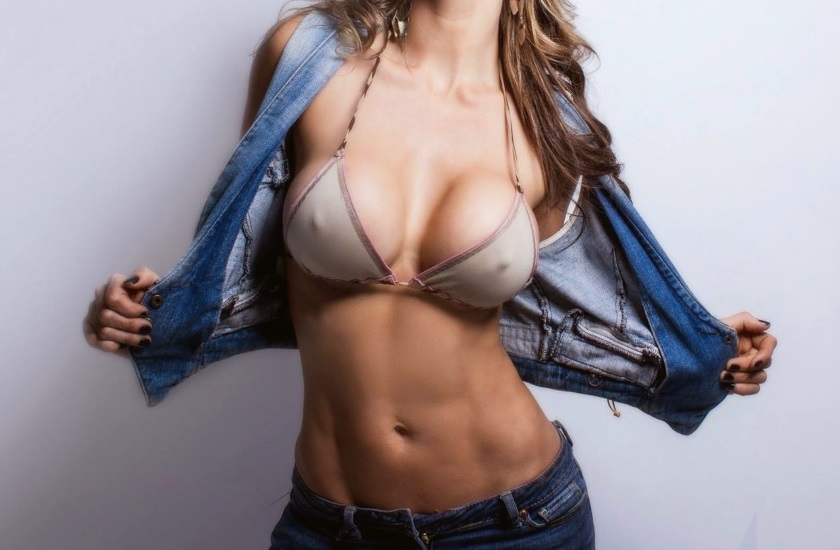 Back in college, I had an ex-boyfriend who was really into women’s breasts (which is not really a shocker, TBH). Even before we actually had sex, he would casually slip his hands onto my breasts over my shirt while we were out at frat parties. Sometimes, if he was really feeing frisky and we were in a dark corner of the dance floor, he would reach under my top leaving nothing but my bra between my breasts and his hands. When we finally did have sex, it was no surprise that he put a lot of emphasis on my breasts. And in addition to my (C cup) breasts themselves, he was really turned on by my nipples.

It actually made me let out an audible noise of displeasure, which is totally understandable as I’ve never had my nipples pinched like that before. To put it plainly, I was not pleased. Luckily, he apologized almost immediately and quickly lowered the intensity to just a light pinch, and at that point I actually started to realize how good it actually felt. By the end of our relationship, I was receiving much stronger pinches from him, and I loved all of it, without a doubt. And I even started incorporating pinching when I masturbated on my own, which really helped to increase the self-pleasure I received and to get me to orgasm faster and stronger than ever before.

That was all part one of my story. The second part involves Seth. When we first started dating, I was very upfront about how much I enjoyed getting my nipples pinched and played with. And although he was hesitant at first, he went along with it and made it a point to include nipple play every time we hooked up (sex or not), which I absolutely loved about him. As the years went on, he eventually heard of a new form of nipple stimulation from his friends that he wanted to try with me: oral stimulation.

So one night we tried it – instead of pinching my nipples with his fingers, Seth used his tongue to lightly lick one of my nipples up and down, almost like a flicking motion. And it was definitely a much different sensation. For starters, it made my nipple wet with his saliva and made the stimulation much slicker compared to his dry fingers pinching me. And instead of being stimulated by the pressure of his two fingers compressing my nipple, it came from actual friction coming from his tongue sliding on and round my nipple. Definitely less intense, but still quite pleasurable!

And then he took it up a notch, by wrapping his lips around my nipple and sucking it outright. And that definitely felt way more intense than just licking. The suction coming from his mouth basically pulled on my nipple and felt really similar to the sensation of having my nipples pinched with his fingers, but again with the added sensation of saliva making everything more slippery. And to top it all off, he did something totally unexpected – he started biting down on my nipples with his teeth!

Note that it wasn’t unexpected because it’s never been done before – in fact, I had secretly wished to have someone bite on my nipples like that in the past. But what was unexpected was for Seth to do that to me himself, without me even suggesting it in the first place. It totally caught me off guard coming from him, but afterwards, he told me that in the moment he felt like biting my nipples was the next logical step, and I couldn’t have been prouder of him for making that call. It just felt so damn good!!! It felt almost like regular pinching but much more intense simply because of the fact that using his teeth allowed for more concentrated pressure compared to his blunt fingers.

And that was part two of my story. As you can see, the way that I involve my nipples during sex has greatly evolved over the years, from simply rubbing, to actual pinching, and finally to intense oral stimulation via licking, sucking and even biting my rock-hard nipples. But in all honestly, no matter what I do to my nipples it feels amazing and enhances sex so much! I can’t imagine how my sex life would be if I didn’t have all of these amazing ways to stimulate my nipples, and because of that fact, I am so glad that both my ex-boyfriend and Seth helped me to unleash the full potential of my nipples!

Scroll back to top